A special plaque has been unveiled here at Humber Enterprise Parkin honour of the outstanding history of aviation innovation connected with the site.

The Transport Trusthas bestowed the honour of a ‘Red Wheel’ at the park, which was originally set-up by aeroplane pioneer, Robert Blackburn, in 1916.

Blackburn’s company was a forerunner to today’s aircraft industry. He chose the location because its proximity to the Humber made it perfect for working with seaplanes.

Aircraft were manufactured at the site under the Blackburn name until 1963, when the company was absorbed into Hawker Siddeley Aviation.

It later become British Aerospace – now known as BAE Systems – which retains a presence here on site to this day.

The plaque highlights Blackburn and recognises the park as one of the world’s oldest surviving sites of aircraft manufacture. 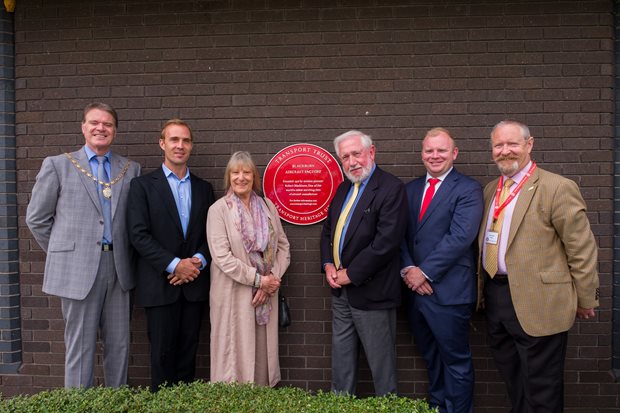 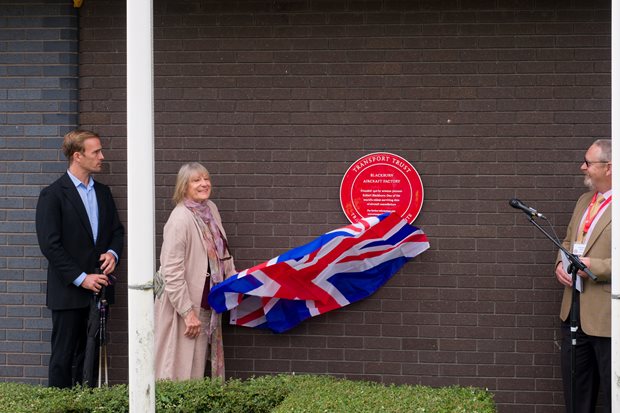 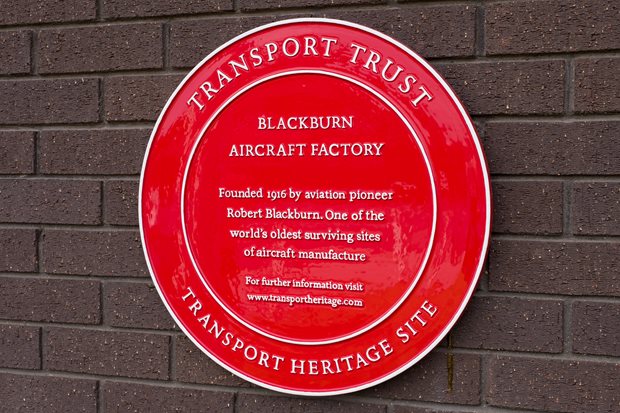 It was unveiled by Robert Blackburn’s daughter, Janie Rayne, and his grandson, Damian Rayne.

Damian said: “Our family is very grateful that my grandfather has been honoured with this plaque which is a reminder to everyone who sees it that with hard work, anything is possible.”

The plaque is located on the gatehouse at the entrance to the park where it can be seen by the general public.

To celebrate the event, pupils from Hunsley Primary School were invited to attend the unveiling. They took part in a special workshop run by UKSTEMwhere they learnt about why the plaque is in place, made their own paper aeroplanes and took part in an air-powered rocket car challenge.

A replica model of a monoplane designed by Robert Blackburn, made by the BAE Systems  Heritage Team, was also displayed for the unveiling.

The Transport Trust’s Red Wheel scheme aims to highlight the most important sites of transport heritage.

The Red Wheel scheme is recognised by English Heritage as the principal transport heritage programme and there are more than 100 located across the country.